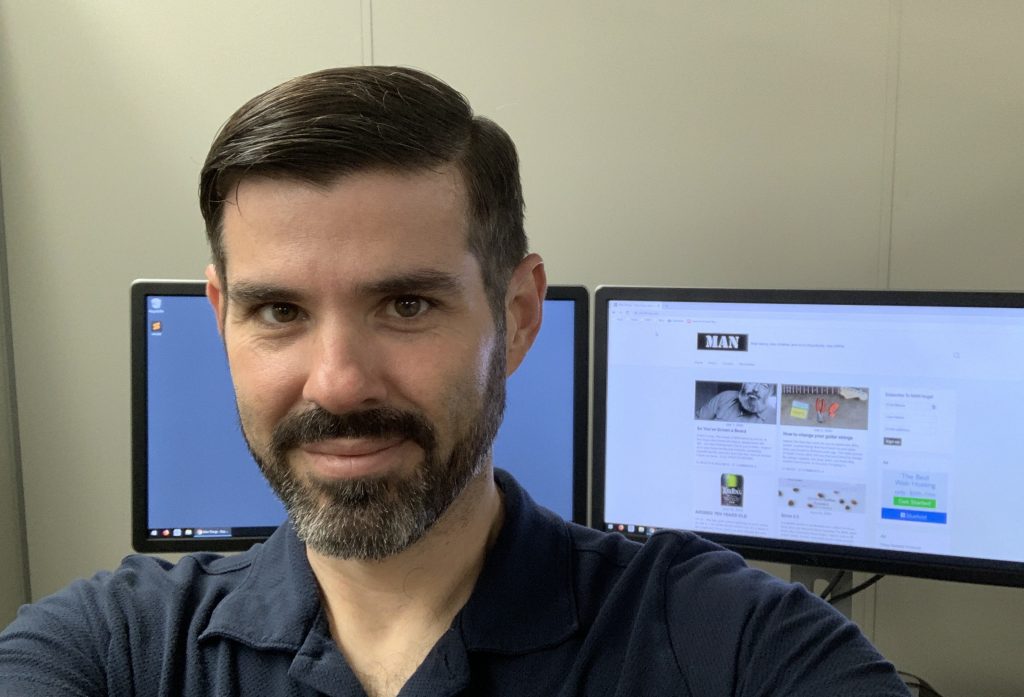 Many people have figured it out, and I think I can too. Before I get to my plan, I’m going to share with you a little of my story. I’ve only shared it with a select few people close to me, so it’s a little nerve racking to be publishing it on the internet for all to read.

From less than humble beginnings

I’ve never asked for pity, or a pat on the back for my ability to overcome, and I’m not asking for it now. I’m just stating the facts. I was raised by a single mother who worked two jobs to support my brother and me. We grew up in absolute poverty where almost all of the food we ate came from food banks and charity. My brother had an intellectual disability and my mother was either in denial about it, or simply couldn’t afford to do anything about it. Tragically, they both passed away for different reasons before I ever got (or thought) to ask those kinds of questions.

I knew my father. He was a good man, and a brilliant man. The image here is a clip from his obituary, and the only image I have of him. I’m pretty sure that was taken several years before I was born. He was in our lives and did his best to teach us about life. He was stricken with grief and anger about the state of the world, and carried it on his shoulders. He also felt a great deal of disappointment in himself for not being a better father. That guilt, combined with his internal and external struggles led him down a dark path of substance abuse. He began using crystal meth and slowly his brilliant mind deteriorated into paranoid schizophrenia. It was one of the most difficult things I’ve ever had to witness; Right up there with finding my mother dead, and watching my brother take his final breath in the hospital. There is so much more to their stories, but that’s all you get for now.

I made it through college, received a Bachelors of Music degree, and started off on a career as a musician. That’s not a career for the faint of heart, or for the person who wants to make good money. People will compliment your music all day long, but ask them to pay for it, and you’re in for a struggle. As a matter of fact, as much as I loved music in the beginning, the constant hustle to keep playing and earning enough money to survive drove me to leave the industry. Meanwhile, I had been learning (out of necessity to market myself) to build websites. My girlfriend at the time encouraged me to use those skills in the workplace. She found a craigslist ad for someone seeking a full-stack web developer, and I interviewed and got the job! I was dumbfounded with what just happened. I also had a lot to learn. In one year I learned how to become an expert web developer, which led me to my next career move as an IT Web Administrator at a University. I’m six years into that job and, while I enjoy some of the more technical work that I do, the bureaucratic nincompoops that I have to work for are insufferable fools. I’m ready to get out of this nonsense and get back to my roots as a guitarist.

So, what’s the plan?

When I was a kid, my mom always told me that money doesn’t grow on trees, so harvesting it in my backyard is out of the question. Turns out that when you grow up super poor without anyone in your life that knows about money, you’re at a big disadvantage.

Step one: Get out of debt. I’ve worked this dumb job for six years, earning a pretty good salary, and trying my best to get out of debt. That included student loan debt, a car loan, and some debt from separation. There were also, most definitely, poor spending habits to overcome. I’m finally debt free with the exception of my mortgage, which is modest, and I’m ready to take the next step in the plan.

Step Two: Develop multiple income streams. I’ve read that YouTube can be a pretty good way to earn some income, so I started the Modern Guitar Method YouTube channel. Please subscribe if you would like to hear my tips on all things guitar. I’m also posting some funny videos as I have time. Another income stream could perhaps be from print on demand t-shirt designs. I started the Modern Guitar Method Teespring store for those. I’m also planning on learning more about investing. I read Investing DeMYSTiFieD, Second Edition, which is available on Amazon through that link, and It was eye opening to say the least. I’m also trying to make friends that know more about that sort of thing. Musicians generally don’t, so I’m branching out.

Compound interest is the eighth wonder of the world. He who understands it, earns it … he who doesn’t … pays it.

Step Three: Invest. From what I can gather, most people that invest smartly do well, and those who take silly gambles don’t. I’m planning on using the income from my various small income streams to pay the bills, while using any additional to invest in the stock market. I also think that, aside from buying and trading equities, I will buy real estate. Fewer millennials and people my age are open to owning property and they’re going to need a place to rent. If I can own that property, it’s money in the bank for me.

The takeaway is that I’m a poor person in an upper-middle class persons life, and I have no idea what I’m doing. All I know for sure is that I absolutely hate working for someone else. I miss the taste of freedom from being my own boss, even when I was barely scraping by. I’m trying very hard not to quit my day job while it’s still providing some necessary earned income, but they are making it intolerable for me, and I may end up leaving sooner than later, and finding some other work to keep afloat while my plan unfolds. Regardless, this is my plan to make a million dollars in the next two years. I’ll let you know how it turns out.