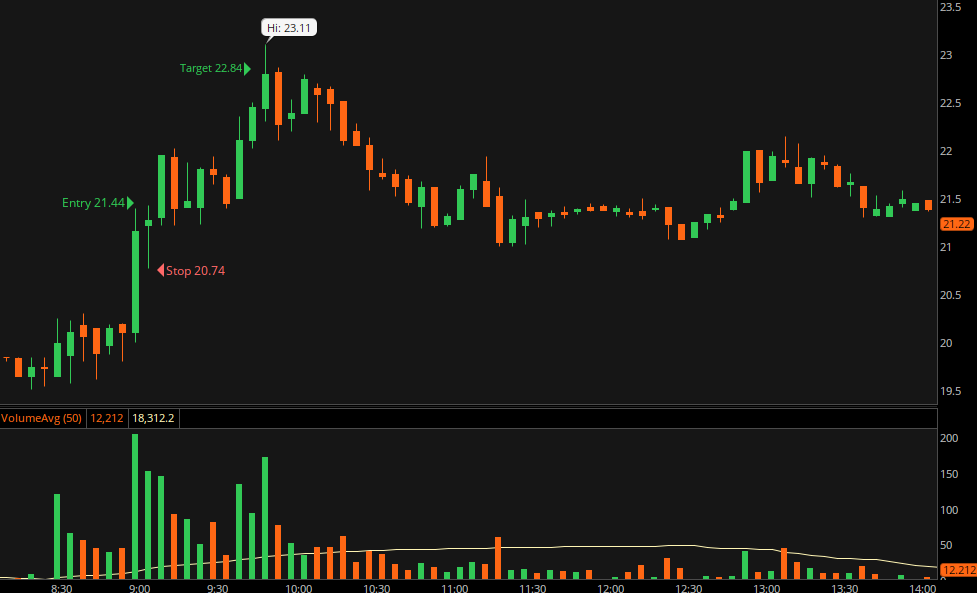 I’m a new day trader, a total newb, but I have an advantage…I’m a genius. Haha, while that’s actually true, it doesn’t help me in the slightest bit when it comes to trading. What does help is proper money management. I’m not here to talk about that today, though. I’m here to add some perspective to some of your trading strategies.

Since I began (paper trading) three months ago, I’ve learned a tremendous amount of information. Most of which I gathered from resources on the internet, including eBooks and YouTube videos. Contrary to popular belief, there are some people generating advice out there that I think you can trust. One such name is Jared Wesley of Live Traders. Before I proceed, I want to say that I am not affiliated in any way with Jared or Live Traders, nor have I gone through the PTS course, chatroom, or otherwise. I have, however, watched almost every single video that Jared has posted to YouTube.

There’s something refreshing about the way he approaches the business of trading. It’s a no-nonsense, practical, level headed and systematic approach. Not only that, he’s painfully honest about the likelihood of failure. Most of the folks out there selling their courses are really laying the bullshit on thick in hopes that you’ll buy their method, or sign up for their chatroom subscription. I’m not saying that you won’t get the regular marketing from Jared and his team, but he does a great job of “smacking” the “get rich quick” out of your head before you even take your first steps. I’m relieved that I found his YouTube channel before putting money on the line.

The 3 Bar Play (or 4 Bar Play) is a strategy developed and named by Jared himself. I have used it on occasion with good success. Not every setup works, but that’s the nature of the business. In recent days, I’ve been studying the opening range breakout strategy that has been hugely popular for a long time, when I had a great realization. When it dawned on me that the opening range breakout, and 3/4 Bar Plays had some serious overlap, I was elated. Here’s how it works, in a nutshell (follow his YouTube channel for more details).

As you can see from the chart above, the strategy worked in this case. Where the overlap between this strategy and the opening range breakout comes is all in the chart’s timeframe. This is a 5-minute chart in which there was some consolidation at the open. As soon as the 5-minute bar printed at 9am (I’m in CST…so my charts show 8:30am for the open), it was a wide range igniting bar coming from a non-extended move. As I watched this pattern emerge, I realized that on a 30-minute chart, this would look like a 30-minute opening range breakout! The same holds true for the emergence of this pattern on a 2 minute chart. If you think about it, the first two candles of a two minute chart make up the first four minutes of the day. If on the third candle, you see this pattern, you’re basically trading a 5-minute opening range breakout. The second bar that opens in the upper portion of the first bar, if you look at it on a smaller timeframe, is almost always the consolidation below the resistance.

This overlap would clearly happen regardless of the timeframe within which you are trading. If you’re anything like me, and get stressed out in the moment, check out this position size calculator that I created specifically for the 3-Bar Play. If you’re using ThinkOrSwim (TOS) and you hover your mouse over the entry bar, it will display the stop loss, target, and position size based on the rules of entry. There’s even an option to pad the stop by however much you like to decrease the chance of being stopped out of the trade!

I don’t have anything else to say about it, other than, it kind of blew my mind. I love when these concepts become more clear. There’s a good chance that if you’ve taken his course, you already know all of this, but I felt pretty good about my observation and I hope it will help you become a better trader!

If you have any tips or advice for me, please leave them in the comments. At this point, I’m happy to take in all I can. Also, if you haven’t been following my journey, be sure to check out my new album for some funky, chunky grooves that’ll keep your foot tapping!